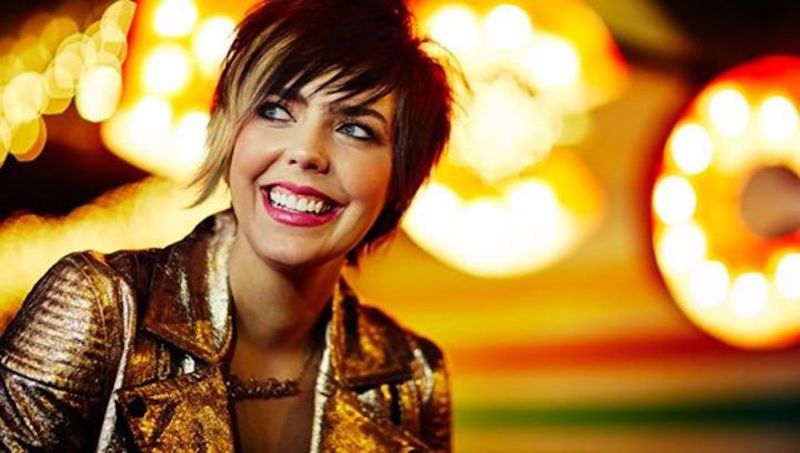 From the time Yancy was a young elementary aged child, she knew God had called her to use music to glorify Him. Everything in her life was about building, learning and growing in her ability to do that very thing. She sang on church worship teams and in special music every chance she could get. After performing her first concert on August 16, 1995 she started taking steps in recording and writing songs. Right after her 17th birthday she entered a studio in Nashville, TN to start work on her debut album, Big Weather Change,  which released October 1997. This launched her touring ministry and she travelled the country and even to Stockholm, Sweden performing her CCM music at churches and youth groups. In 1999 she won the Gospel Music Association International Spotlight Competition (previous winners were Jars of Clay). 7ball Magazine named her one of their Best 25 Independent Artists in the summer of 2001 and she won “Best Artist” in an online artist competition at WordRecords.com. Throughout this season she travelled back and forth to Nashville writing songs with other songwriters which led to Yancy writing the #1 song, “I Don’t Want To Go” for Avalon’s Grammy and Dove nominated Oxygen record. It was also featured on their two greatest hits albums, WOW Hits 2003 and won an ASCAP award. Yancy also wrote “Something Beautiful” recorded by Jaci Velasquez and wrote and recorded songs with Third Day’s Mac Powell. She has shared the stage with Michael W. Smith, Newsboys, Mute Math, Nichole Nordeman, Plumb and many more. 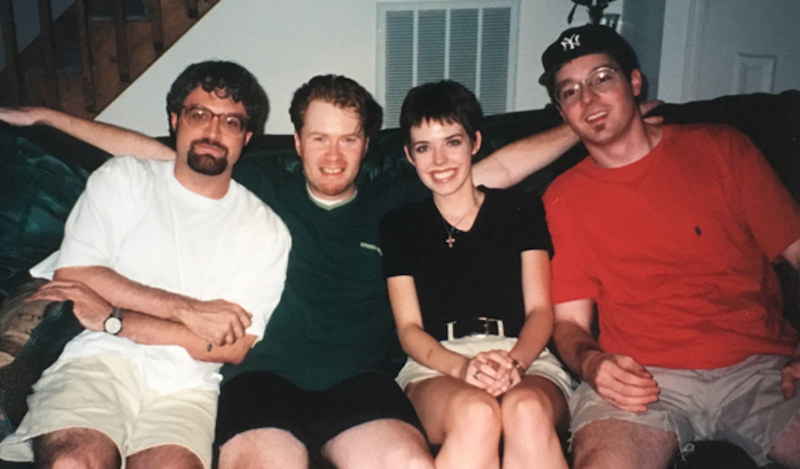 Yancy had always served in her local church but her heart for worship and the local church only increased in the early 2000’s when she started leading worship on staff at Church on the Move in Tulsa, OK. Throughout her tenure there, she led worship for every age: kids, students, college and adults. She led teams, bands and even mentored other worship leaders. It’s this experience that led Yancy to become a leading voice in the area of leading worship for kids. Although Yancy grew up around children’s ministry (Yes, Kidmin pioneer and legend, Jim Wideman, is her dad.) she had no idea that was where God was leading her. On the journey of life sometimes you know the headline of what God wants you to do but not all the details. Through the twists, turns, and daily obedience on her journey, God started opening doors to do music for kids. Beginning with theme songs for an annual summer camp program to the creation of the first Little Praise Party album for her church, by the fall of 2007 Yancy was realizing that God wanted her to use her music for kids and families. 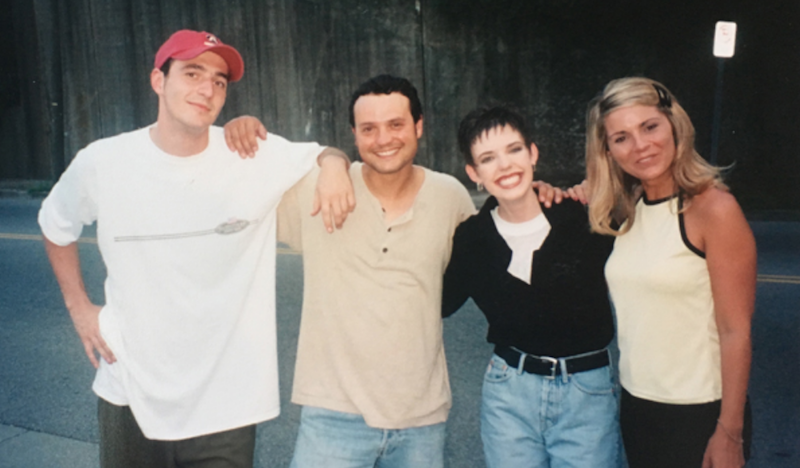 Early 2008 Yancy released the Rock-N-Happy Heart album and the rest is history. Since then she has toured as worship leader for the preteen events SuperStart! and traveled the country doing kids and family concerts at churches, camps and VBS programs. For five years Yancy wrote, produced and performed original music for Standard Publishing’s Vacation Bible School curriculum and she continues to be used by many other publishers including Orange, LifeWay Awana and My Heathy Church. Lyric videos from Yancy have won awards and consistently been on the best-sellers list of WorshipHouseKids.com. 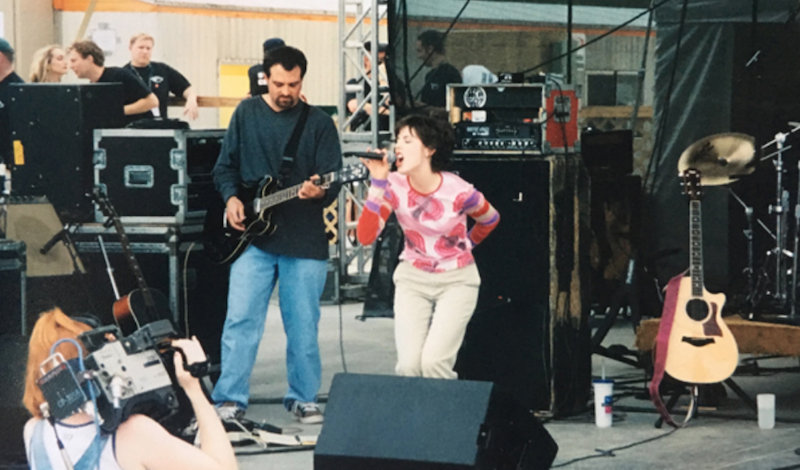 Yancy on stage at the Icthus Music Festival in Kentucky 1999

Yancy has a passion for serving the church and resourcing them with relevant, high quality songs and videos to lead kids in worship. Each week Yancy’s songs are sung by thousands of children in churches and homes around the world. (USA, Canada, England, Kenya, Brazil, New Zealand, Australia, Mexico, and Panama, just to name a few.) The Little Praise Party series has grown into four albums (3 English, 1 Spanish) providing music and videos that are equally loved by young children and adults. Her album “Roots for the Journey” has impacted all ages with it’s tender, heartfelt melodies singing the truth of God’s Word. In the fall of 2015 Yancy Ministries launched a new resource for the church called Kidmin Worship and already there are 5 volumes in that series.

From mega churches (including Northpoint, Willowcreek, Lakewood, Saddleback, Life Church, Hillsong and Prestonwood) to small country towns, Yancy’s music has impacted the Kidmin world far and wide. She has poured into leaders through conferences, webinars and magazines teaching them how to lead kids in worship. Each week we receive pictures, videos and notes from parents, church leaders and even kids themselves that have been impacted through the music and ministry of Yancy. From minivans to living rooms to classrooms and stages, we are grateful for every person that pushes play and sings along.

This year we are pausing to celebrate the ministry that has happened over these past twenty years. Yancy has found in writing songs for kids that often times adults need to learn and be reminded of the same lessons. As her song Stop and Go says “Stop and listen to what God says. Go and do what He tells you to do.” Plain and simple that is what each of us need to do. That is what Yancy is striving to do in her life and ministry. Whether it’s in creating songs and videos for kids, performing on stage in family concerts or leading worship around the country, Yancy longs to be obedient to what God asks of her. We are currently seeking God for direction on what’s next. There are plenty of ideas and new projects to pursue and we look forward to sharing more details on our plans for what’s next in the months to come.

Although we have no idea what the next twenty years will hold, we can say with confidence that amazing things, far beyond our mind’s eye and comprehension will take place. One of Yancy’s favorite verses is Ephesians 3:20&21 “Now to him who is able to do immeasurably more than all we ask or imagine, according to his power that is at work within us, to him be glory in the church and in Christ Jesus throughout all generations, for ever and ever! Amen.” (NIV)

Thank you for YOUR part in our story at Yancy Ministries. We wouldn’t be able to continue without your support, prayers and partnership. Yancy knew as a young girl that God wanted her to use music to point others to Him. Her mission today is still the same in making: Music That Makes Jesus Loud!

May you be reminded by our story that God isn’t finished with you. Your life can make a difference in the life of others. His Word is the roots for the journey of life that we need. Keep seeking Him. Keep being obedient. Stand back and be amazed at how He makes all things work together for the good of those that love Him.